Some of our Junior netballers on Sunday 31 March ventured across to Bendigo to watch the Melbourne Vixens take on the Collingwood Magpies. Organised by co-junior netball co-ordinator, Cindy Sullivan, the day was well attended by girls across both junior netball squads.

The girls got to meet past and current Netball stars including Sharelle McMahon, Mwai Kumwenda, and Tayla Honey. A packed stadium saw the Vixens defeat the Magpies 61-56 in an exciting game.

It was such a great day. The girls got a real kick out of watching their idols play. Thank you to the parents who put their hand up to come along and make the day possible.

The junior netball season commences the middle week of school holidays with the Swans squad playing away against Sebastopol on the Saturday and the Storm squad playing at home on the Sunday against Darley. 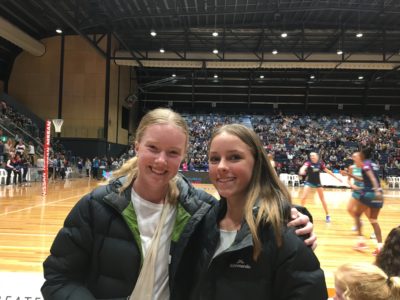 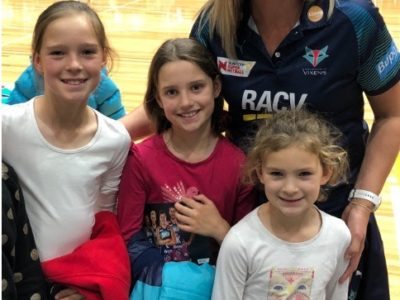 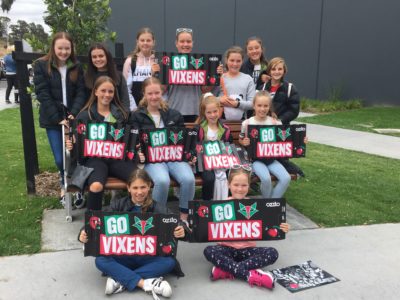 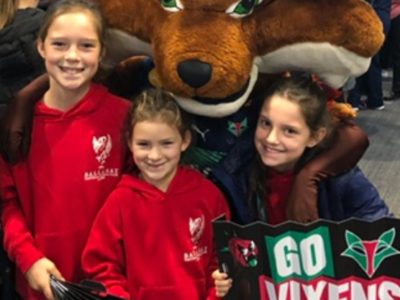 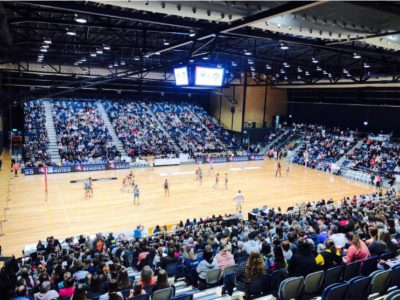 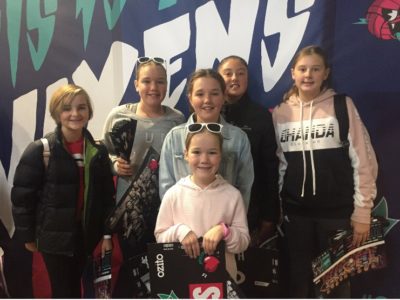 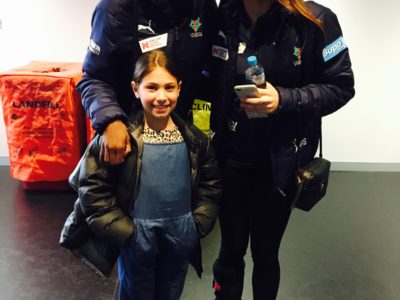