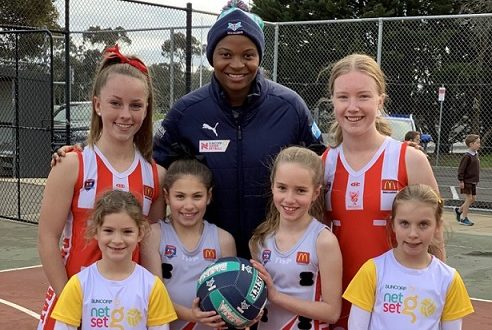 Ballarat Football Netball Club won a meet and greet with Mwai Kumwenda recently due to taking part in a SALT Mental Health Workshop recently, thanks to Netball Victoria and WorkSafe.

The Ballarat Football Netball Club, Storm and Swans Netball had over 100 girls come to the courts Monday afternoon and meet Mwai Kumwenda (MJ) who plays for the Melbourne Vixens.

Mwai shared with the girls what Netball was like for her in Malawi, “For balls, we used plastic bags and put them under the fire to melt, then moulded them with our hands and tied them with string. For the goal posts, we cut down trees, like the ones outside. The goal rings were made from old tyres, like the ones on cars.
I didn’t have shoes until I was 11 years old. It was different. I was feeling heavy to play with shoes. I had to get used to them.”

Mwai(MJ) also set up drills for the girls, gave some tips on shooting and defending , answered the girls questions and had many photos taken with the girls. 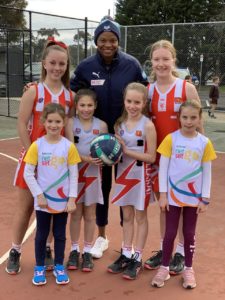 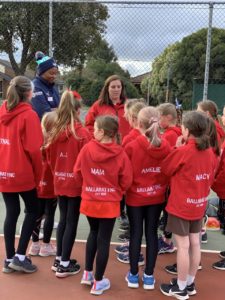 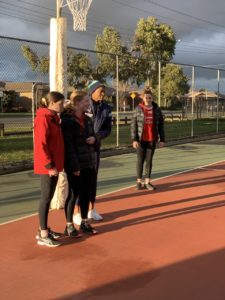 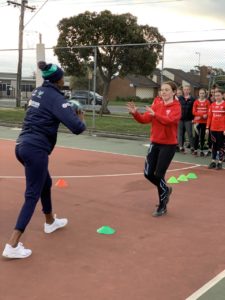 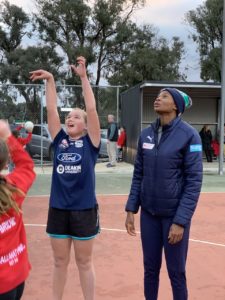 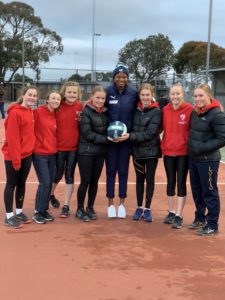 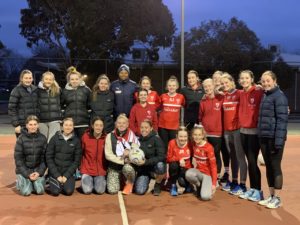