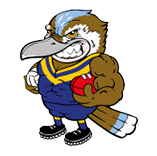 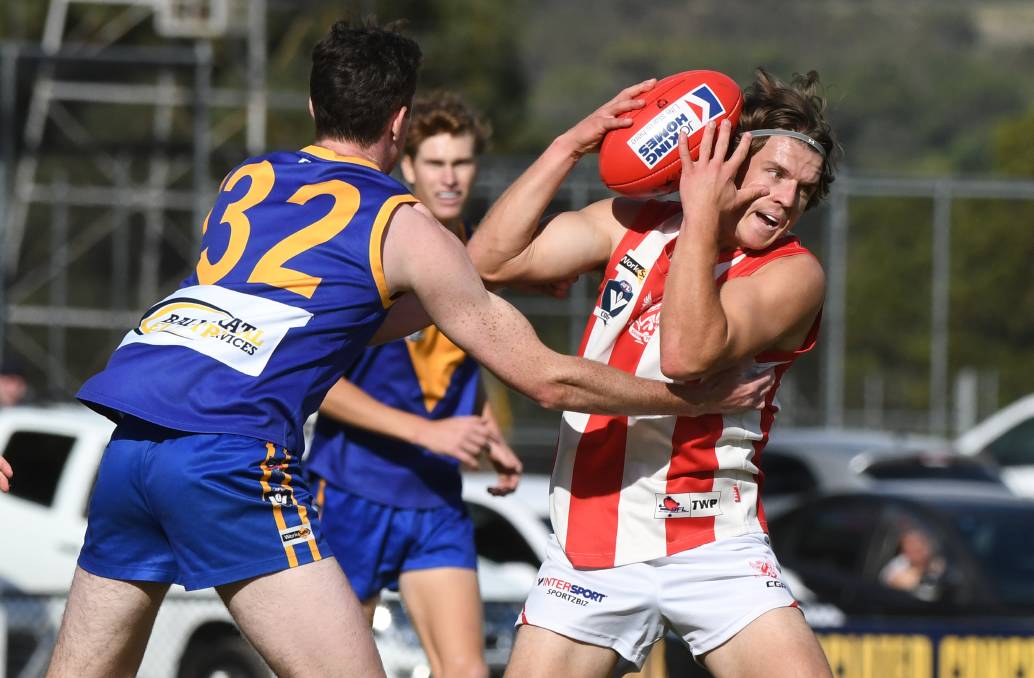 Our Senior team got their first points of the year with a convincing win against Sebastopol on Sunday by 61 points. After a tight first quarter, Ballarat got on top in the midfield and were able to capitalise up forward through Hughes (5 goals) and Blackburn (4 goals).

Pictures courtesy of: The Courier 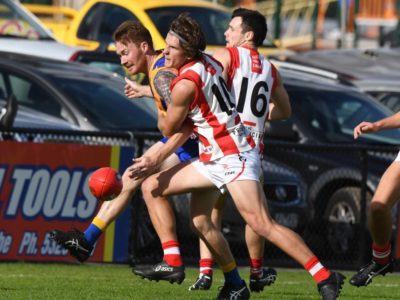 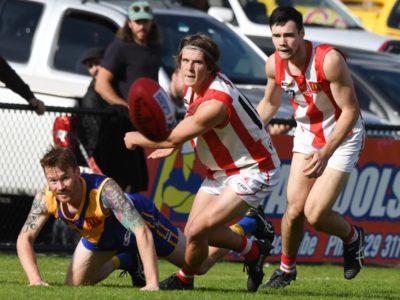 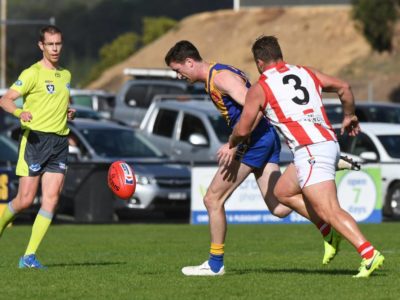 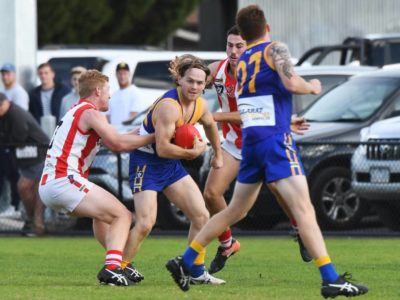 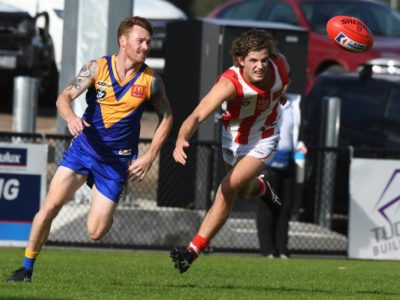 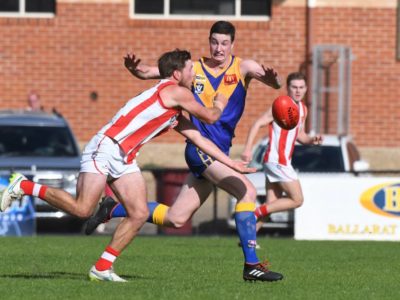 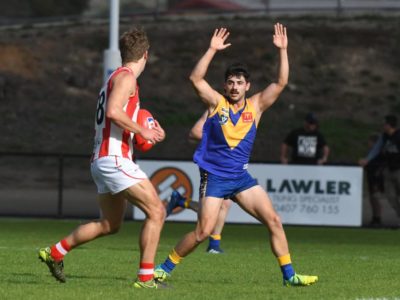 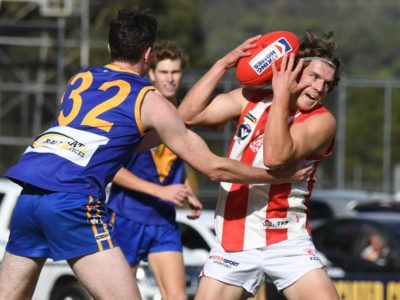 Ballarat turned its early season form on its head to stun Sebastopol by 61 points in the only Sunday home and away fixture of the Ballarat Football League season.

It was a role reversal for each of the combatants at Marty Bush Reserve, with the Swans coming off two disapointing losses and the Burra pushing East Point in its previous outing.

While it gives Ballarat a desperately needed win, it leaves Sebastopol with three straight defeats and a long way off fulfilling pre-season talk of climbing off the bottom and playing finals.

Ballarat coach Shane Hutchinson said it was first time this year the Swans had put everything together.

He said it was a lot to do with mindset – talent does not change.

Hutchinson said put the improvement down to basics – better concentration, effort and sticking to structrures, a feature it had strayed from in earlier games.

While Hayden Hughes was again a target in attack, young defenders Mitch Bishop and Luke Wynd were among the better players.

Hutchinson was impressed by the job Wynd did on the experienced James Keeble, who was still a main avenue to goal for Sebastopol. The Ballarat midfield featuring Will Garner was also able to get the better of Sebastopol’s well credentialled engineroom.