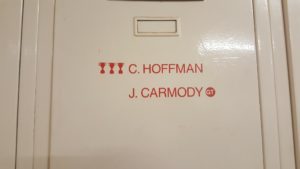 Carmody played 100 senior games with the club including the 1999 Greenfield Trophy as seen on locker No. 15.

Carmody replaces Shane Hutchinson, who served his 4th year as playing coach in 2018, after also serving in 2011, 2012 & 2017. Hutchinson took out his second Greenfield Trophy on Friday night as the clubs senior best & fairest winner. He also won the award in 2015.

The club announced in August that it was seeking a senior coach in a non-playing capacity.

After his appointment, Carmody said he was looking forward to working with the existing list to find improvement from within.

I see real potential with this group. We have some highly talented youngsters who will only improve, and if we can add 3 or 4 experienced players to the team we will achieve great things next season.

Carmody started his junior playing career with Ballarat, playing over 100 junior games. He then progressed to the senior ranks where he played 121 senior games, including winning the 1999 Greenfield Trophy. Carmody began his coaching career elsewhere with Bungaree FC as an assistant coach in 2006 and again in 2008. 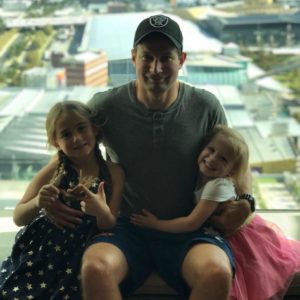 His coaching dossier reads as follows:

Whilst he has coached his own senior football teams, Carmody said the experience working with Gerard FItzgerald (2017) & Marc Greig (2018) with the GWV Rebels program had been invaluable this past two years.

I will be taking some of my learnings from the GWV program and apply them to my approach with Ballarat. I will also lean on my line coaches and assistants heavily to control each of their areas. We have some very good football smarts on the coaching panel already, so I am simply here to guide them further.

Carmody’s family has strong historical ties to the club with his wife Amy being an A-grade Netballer for the club back during Joey’s playing days. Amy and Joe now have two daughters, Peyton (6) & Harper (4) who are Joey’s biggest fans!

The club thanks Shane Hutchinson, his wife Lisa & their boys Cody & Tyler for leading Ballarat this past two seasons, and welcomes Joey, Amy, Peyton & Harper to the Club.