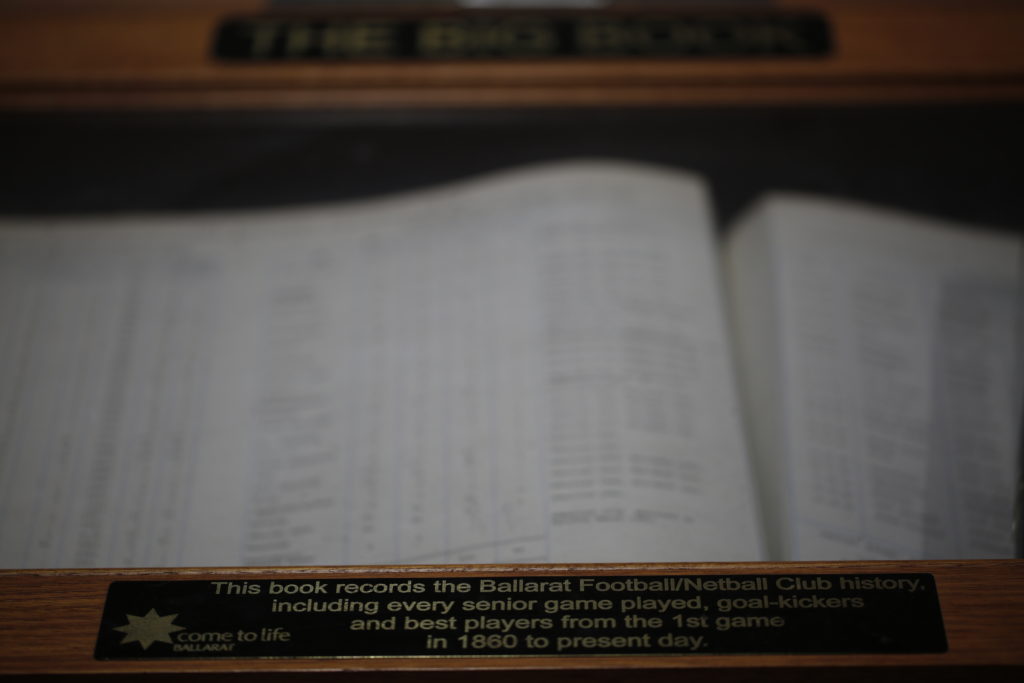 The original ‘Big Book’ covering the history of the BFNC is on display in the Alfredton Sports & Community Club. The book lists the clubs office bearers dating back to 1860, and also details the results of every game ever played by the club. The book continues to be updated annually by club historian, John Smith.

The book, and the case in which it is held, is dedicated to the memory of the Late W. H. (Harry) Kaighan, Captain of the Ballarat Football Club in 1921 and Captain Coach of the Club from 1922 to 1928. It reads:

One of nature’s Gentlemen, Harry Kaighan was a born leader and an ornament to our great Australian game of Football. A true sport who loved the game beyond the prize, played the game hard, but fair, and was ready to praise an opponent whether in victory of defeat.

Harry’s playing and coaching record can be found by following this link.

Below are the Clubs official office bearers as detailed in the ‘Big Book’.