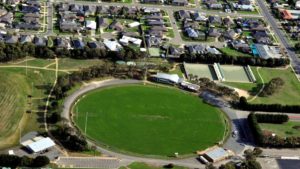 Boasting a rich history, Ballarat are the only founding member club to still exist since the Ballarat Football Associations (Now Ballarat Football Netball League) inception in 1893. The club has claimed 19 senior premierships and competed in more finals series and Grand Finals than any other club.

As the club enters its 161st year, it welcomes the announcement of $3.7 million from the State Labor Goverment to fund further improvements to the Alfredton Recreation Reserve and the Alfredton Sports & Community Club.

In 2021, the club is led by senior figurehead Karl Drever (President), coach Joey Carmody, and is based at the Alfredton Recreation Reserve (Newmac Oval), located on Cuthberts road in the heart of Alfredton.

Ballarat was based at the City Oval between 1906 and 1993 before making Alfredton Recreation Reserve its home in 1994.